The Fortress of Louisbourg, Resplendent in the sun

Sydney, Nova Scotia once had a thriving economy based around fishing, coal mining, and steel mills.[whohit]-LOUISBOURG-[/whohit]

All three industries are all but gone now.

Things got pretty grim, and I’m not just talking about the weather, which can be extremely awful: cold, windy, and snowy. And even worse in winter…

It’s not always gray and grim.

Twenty miles to the south of Sydney is Louisbourg, a massive French fortification on a particularly lonely piece of coastline. 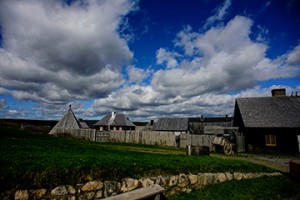 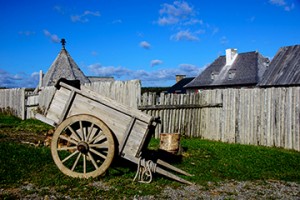 The times we have visited—even in summer—it has often been shrouded in fog and mist, sometimes nearly wintry.

But not today: it’s a bit scary, the weather we’ve had lately. Blue skies and sun. What will winter hold in store?

The location of the fortress on the southernmost point of the Atlantic coast of Cape Breton Island was chosen because it was easy to defend against British ships attempting to attack Quebec City.

The fort was also built to protect France’s hold on one of the richest fish deposits in the world, the Grand Banks. 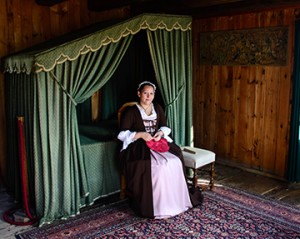 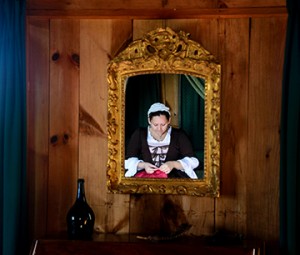 A Lady of the House at work, and as reflected in a mirror at Louisbourg. Photos by Corey Sandler

The original fortress, constructed mainly between 1720 and 1740, was one of the most extensive (and expensive) European fortifications constructed in North America.

The fort itself cost France thirty million livres, which prompted King Louis XV to joke that he should be able to see the peaks of the buildings from his Palace in Versailles.

Two and a half miles of wall surrounded the entire fort. 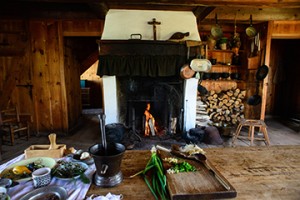 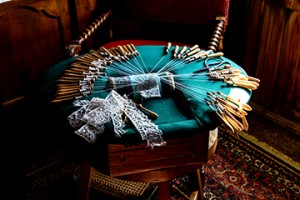 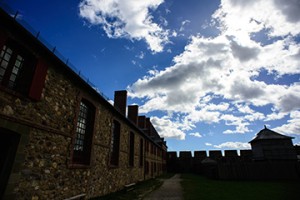 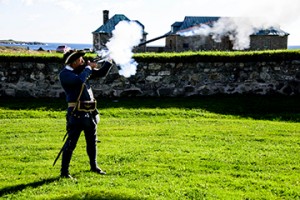 On the western side of the fort, the walls were thirty feet high, and thirty-six feet across.

For the French, it was the second most important stronghold and commercial city in New France. Only Quebec was more important to France.

It was captured by British forces and colonists in 1745.

And then in 1760 British engineers systematically destroyed Louisbourg to prevent its future use by anyone.

And the fortress and the town were more or less left untouched for two centuries.

In the 1960s, the Canadian government paid hundreds of millions of dollars for the partial reconstruction of the fortress as a living history museum, in the process providing some temporary jobs for unemployed coal miners and struggling fishermen in the area.

The result is spectacular, all the more so on our out-of-season weather.