A Coup de foudre, indeed. That’s a French expression that literally means a bolt of lightning.

We have been to Quebec City dozens of times; we’ll be here four times in the next month, and we’re still in love. 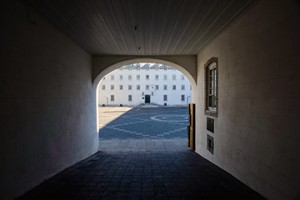 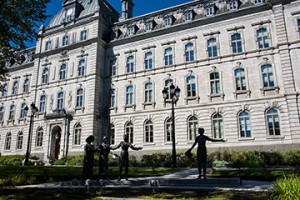 The portal to the sublime Seminary of Quebec, and a statue to women’s suffragists at the Quebec Parliament. Photos by Corey Sandler 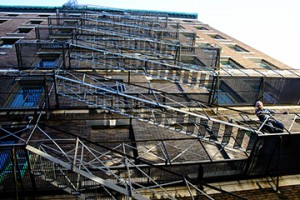 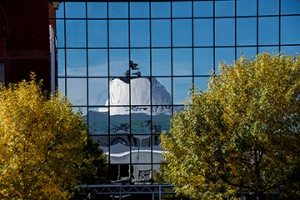 Near our dock in Quebec City. Our ship’s funnel reflected in a building across the way. Photos by Corey Sandler

Our transatlantic crossing began in Southampton on September 12 and sailed in mostly gray skies and fractious seas to Cornwall, Ireland, Northern Ireland, Greenland, Iceland, Newfoundland, and ports on the outer reaches of Saint Lawrence River.

Our reward was superb weather in Quebec City, a Chamber of Commerce day with impossibly blue skies, warm sun, and (relatively) few tourists in town. Let us give thanks.

On this visit we chose to go to the Parliament where we took a guided tour of the beautiful interior and its two houses. It is a less-visited jewel of Quebec City. 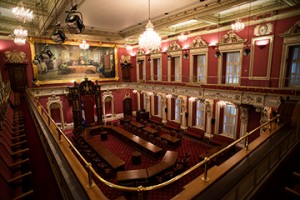 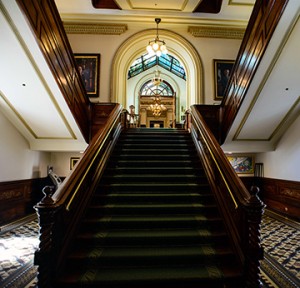 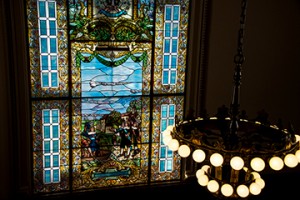 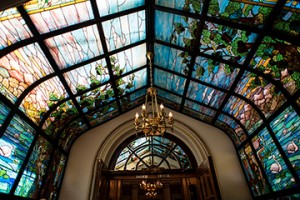 Inside the Quebec Parliament. Photos by Corey Sandler 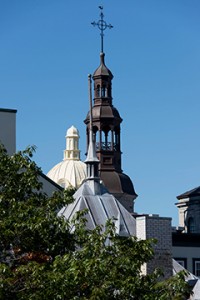 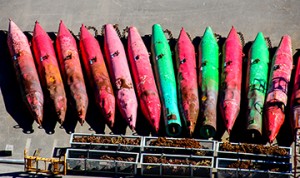 A portion of the skyline of Quebec, and river buoys on the bank. Photos by Corey Sandler 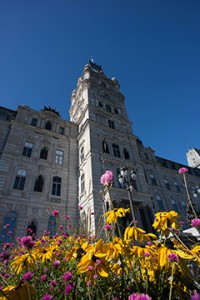 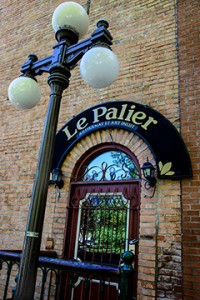 The Lower Town of Quebec City. Photos by Corey Sandler