From London to London, June 8 to July 16. [whohit]-London Tower Bridge-[/whohit]

We crossed the English Channel once in each direction, and sailed through the Kiel Canal from the North Sea to the Baltic and returned the same way.

Our final cruise, one that is not enjoyed by very many any more: a stately trip up the River Thames that ended with a passage through the Tower Bridge. It does not get much more dramatic than that.

Only a few dozen cruise ships pass through the bridge each year these days. You’ve got to be on a small vessel, not one of those monstrous megaships. I’m just saying . . . 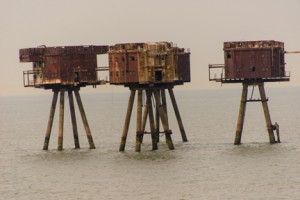 At the mouth of the Thames, the remains of Maunsell Forts erected during World War II to protect the entrance to the river. 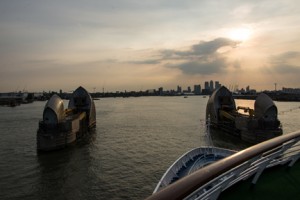 Passing through the Thames Barrier, a flood-control system 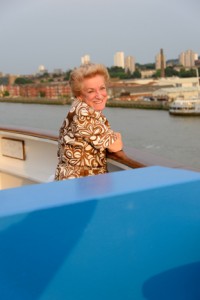 Cruise Director Judie Abbott, one of the gems of the sea. She will mark her 50th year as a performer and cruise director in 2014, a Jubilee worth celebrating at every port of call. 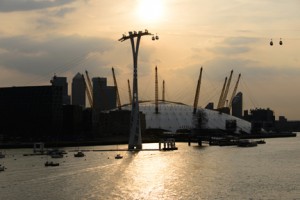 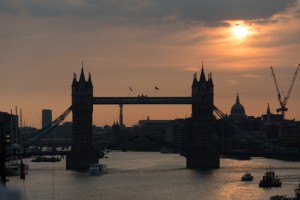 Gondolas pass over the O2 Arena near Greenwich. And just beyond, we see the spans of the Tower Bridge opening to let us pass through. 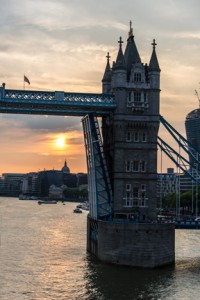 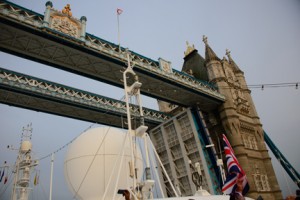 We pass through the Tower Bridge.

This also marked the conclusion of this leg of our voyages. Beginning in the second week of January, we have been at sea on Silversea Silver Spirit, Silver Wind, and Silver Cloud  for five months with just two short breaks.

We fly home for the remainder of July and August and then return to join Silver Whisper for one more loop of the Baltic Sea and then a transatlantic crossing to Atlantic Canada, New England, and New York.

I hope you’ll join me here on my blog again, starting in September.

Until then: safe travels.

All text and photos Copyright 2013 by Corey Sandler. If you’d like a copy of a photo, please contact me. To see my upcoming schedule of cruises, visit http://www.silversea.com/life-onboard/enrichment/destination-consultants/?staff=6417