Visby is a wrinkle in the fabric of time.

It is one of those places on this planet where you can time travel, in this case back to about the year 1300.[whohit]-Visby-[/whohit]

This is a small place, with not a huge amount of things to do.

But it is a very interesting place to experience. 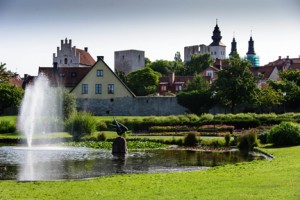 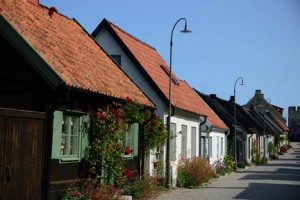 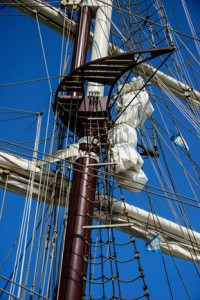 A tall ship in the modern harbor

Visby is on Gotland, the largest island in the Baltic Sea, about 3,140 square kilometers or 1,200 square miles in size.

The two-mile-long Ringmuren (Ring Wall) encircles the city and the ruins of its ancient church.

There were originally 51 towers of various designs; 27 of them remain.

The purpose of the walls was primarily not to protect from enemy attacks, but rather to isolate the local residents from the city’s foreign traders. 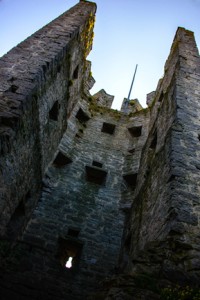 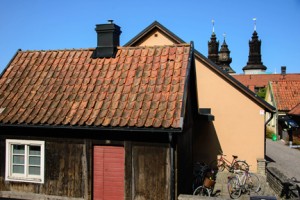 At Almadalen Park and elsewhere around Visby, all around are the town’s namesake flowers: Visby Roses. 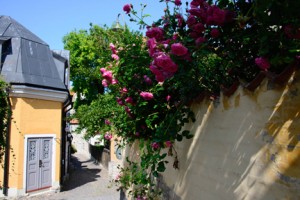 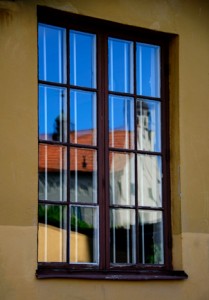 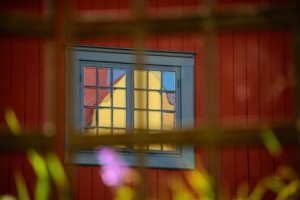 Churches at Every Turn

Gotland has a notable collection of medieval churches; there are some 92 still in use, and ten of them are in Visby itself.

The treasure is the Visby Cathedral, the Church of St. Mary’s, which served German merchants during the city’s commercial heyday.

Dedicated to Saint Mary, it was first constructed in the 12th century, and rebuilt a century later. 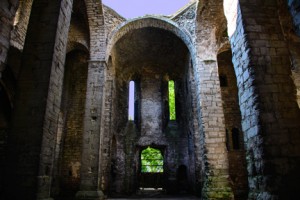 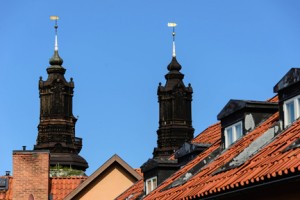 Today, Visby is one of the more popular vacation destinations for Scandinavians in the summer.

Each year, Visby is the scene of Almedalen Week (Almedalsveckan), an important retreat for everyone involved in Swedish politics. In August, at the peak of the tourist season, they hold Medieval Week. Many of the locals dress in costumes and events include jousting tournaments, theater, music, and souvenir stalls.

On our visit today, though, we arrived betweern the politicians and the jousters. I believe those are two different groups of people, but I’m not fully certain.

All text and photos Copyright 2013 by Corey Sandler. If you would like a photo, please contact me.