Helsinki is a thoroughly modern Scandinavian city with a typically complex back story for this part of the world.

It is the capital and largest city in Finland, but its roots reach back to Sweden, interrupted by war and occupation by Imperial Russia, the Soviet Union, and side battles against and with Nazi Germany.In fairness, Finland lived in a very tough neighborhood in the 1930s and 1940s; they either chose to or were forced to play both sides against the middle.[whohit]-Helsinki 11July-[/whohit]

Silversea Silver Cloud has the best parking space, right at the base of the city.

The Port of Helsinki expects 283 cruise ship calls this summer. This could bring as many as 400,000 visitors to the capital. Both figures would be records.

Today, though, we’re the only show in town and it’s been great to get out and about. 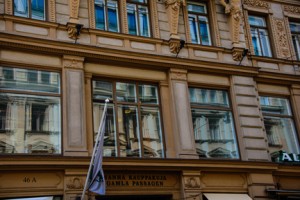 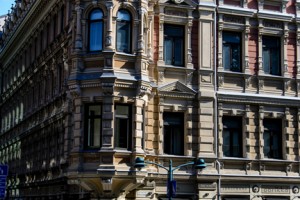 In the heart of downtown is the imposing Lutheran Cathedral, built from 1830 to 1852.

It’s worth a visit; if you approach it on foot, though, you’re either going to have to climb a long hill or scale a huge set of steps. 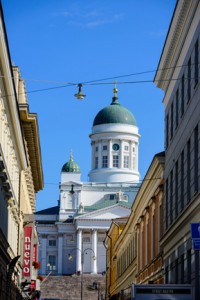 For the past three cruises, we’ve been traveling with Silversea Culinary Trainer David Bilsland, a Scotsman with an international cooking pedigree and a somewhat skewed sense of humor.

His knives fly as fast as his jokes; neither are lethal and the food is great.

We traveled with Chef Bilsland and some guests from the ship to one of the local markets of Helsinki. 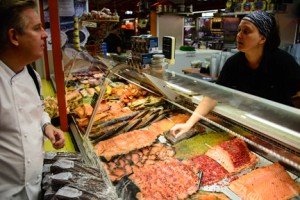 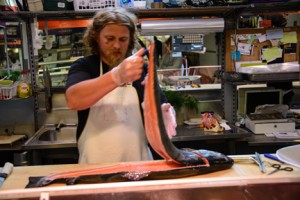 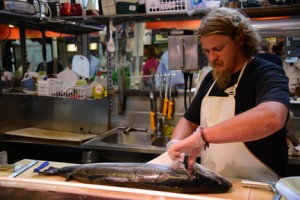 A fish monger prepares a salmon 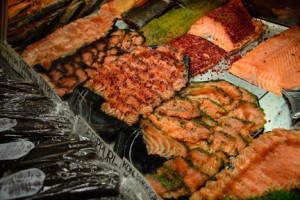 Pick your own lox 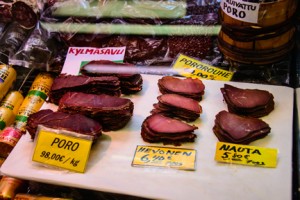 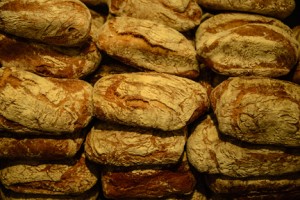 Rudolph the Red-Nosed Luncheon Meat, and Fresh Bread at the delicatessen at Stockman’s

Bilsland helped the local economy with the purchase of cheese, reindeer meat, bread, and fruits and vegetables.

Tonight, he’ll combine them at a demonstration aboard ship.

Life is tough aboard Silver Cloud, but we do the best we can.