The Russian Federation is the largest country in the world, nearly twice the size of Canada, China, or the United States.

It’s a wonder that it has held together as a country at all: it has one of the most diverse set of cultures on the planet. [whohit]-Petersburg 9July-[/whohit]

It does strain the mind very much to realize that Russia—ancient, Czarist, Soviet, and modern—has more-or-less held together because of tight central political control.

Some leaders have been more autocratic than others. History will judge where Vladimir Putin fits on the scale. In my opinion, he sees his model not in Soviet leaders but in Czarist times. Peter the Great reborn, at least by his own measure. 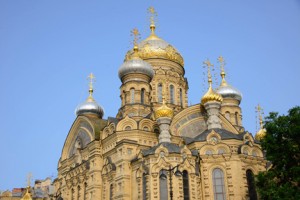 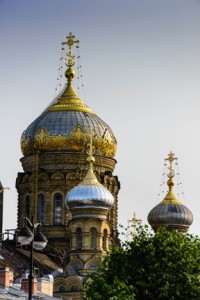 The Church of the Dormition, alongside our ship in the River Neva. This beautiful ancient cnurch was used by the Soviets as an ice skating rink. Work is still underway on its restoration. 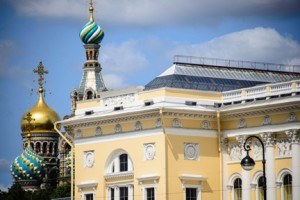 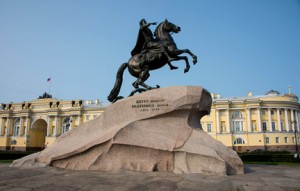 That was very much on our mind as we spent a glorious day wandering Petersburg. We arrived in early morning, sailing up the Neva River almost to the heart of the city, something only small ships like ours can arrange. We met up with one of our sister ships, Silver Whisper. Five other monster ships from other cruise lines were docked miles out of town. It’s not the same experience.

Otur goal—almost always—is to find a place where we are not surrounded by tourists. And we certainly found it when we paid a visit to the Russian Museum of Ethnography. And so we used our visa to take a long walk across Petersburg for an extended visit.

This huge museum was completed in 1915, near the end of Czarist rule, by decree of the last of the Romanoffs: Nicholas II.

The museum itself is a jaw-dropping work of art. 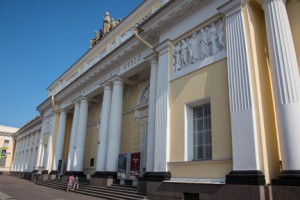 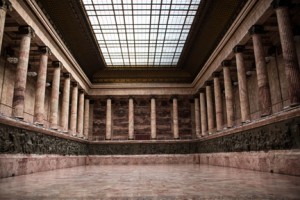 The Main Hall of the museum 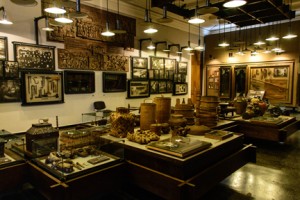 On display are some of the 500,000 pieces from 158 different nations of the former Russian Empire.

We saw costumes and artifacts of European, Asian, Baltic, and Black Sea Russia. 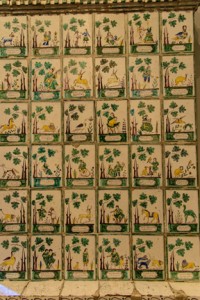 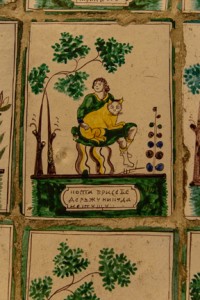 Decorations from a chimney piece. That is one fat cat.

Some were somewhat familiar, some were (speaking with all due respect) quite bizarre.

To their credit, at least in modern post-Soviet Russia, there is some acknowledgement of cultures that were nearly wiped out by the commissars including Jewish rites of Eastern Europe, pre-Christian beliefs including Buddhist and pagan Russia. 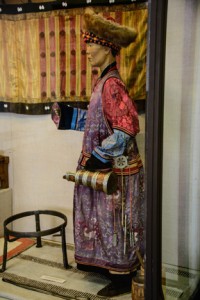 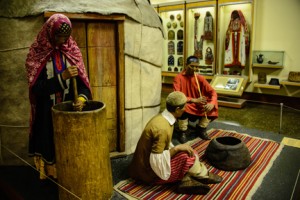 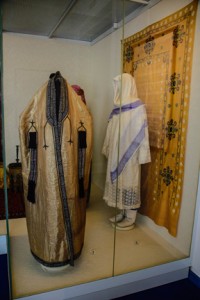 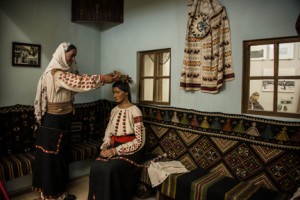 Almost unmentioned: Muslim Russia. That was probably not an accident.

In a modern coda—perhaps a hint from Vladimir Putin—an introductory video tells visitors that the museum aims to “realize its role in preserving social stability” in this diverse, fractious, and still uncertain nation.

One rite that has grown greatly in modern Russia is the Wedding March.

Modern Petersburg is right up there with Las Vegas as one of the wedding capitals of the world.

The Russians have a tradition of touring the town with their wedding party.

Nowadays they bring a camera crew. 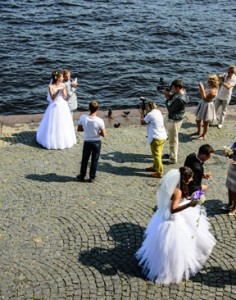 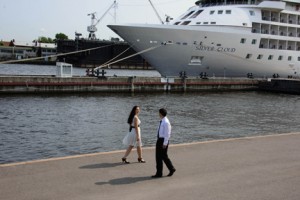 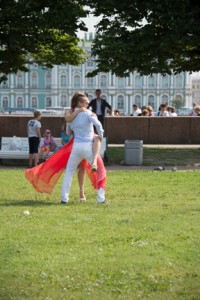